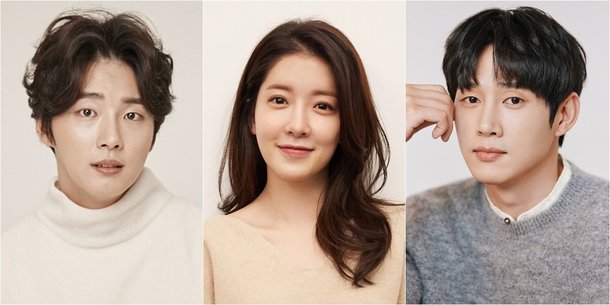 PD Lee Jong-jae from "100 Days My Prince" and writer Ryoo Yong-jae from "Liar Game" and "Time Between Dog and Wolf - Drama" collaborate on tvN's latest, "Psychopath Diary", a story of naive Yook Dong-sik (Yoon Si-yoon) who witnesses a murder and runs from it, accidentally losing his memory. He doesn't know who he is, but he picks up a psychopath serial killer's diary and thinks he is the person who wrote it.

Yoon Si-yoon plays Yook Dong-sik, a naive young man and stockbroker at the end of the ranks who is treated like a doormat, but doesn't do anything about it. He witnesses a serial killing and runs from it, but loses all of his memories from an accident and thinks he's a psychopath killer when he sees the diary of a killer he took with him from the murder site. He used to be a fool, but once he believes he's a predator, he faces reality and changes. Yoon Si-yoon is a trusted actor who has a career of many successful dramas and films. The actor's range of roles from pure and loyal to pure evil heightens expectations for the drama.

Jung In-sun fits the role of constable Shim Bo-kyeong, who chooses realism over idealism. She followed her adored father's footsteps as a detective, but watched him go down in ruins after one single mistake. Then she chooses reality over her dreams. She meets Yook Dong-sik, who she hits with her car, and while he has no memory of anything, he is very keen with criminal psychology and dreams of catching this serial killer, leading to a collaboration. This is Jung In-sun's first comeback in a year since "Terius Behind Me".

Park Sung-hoon plays a cold and elaborate psychopath murderer, director Seo In-woo of the stock firm Yook Dong-sik goes to. Seo In-woo is the owner of the diary that Yook Dong-sik ends up with and is a 100% psychopath who kills just to relieve his thirst as a predator. Thanks to Yook Dong-sik who interferes with his moment of killing, he loses his diary in which he's recorded the whole process of his killings, and faces danger. Park Sung-hoon is an actor of impact for his previous experience in dramas, film and theater.

"Psychopath Diary" will air in the second half of 2019 on tvN.

"Yoon Si-yoon, Jung In-sun, Park Sung-hoon Confirmed for "Psychopath Diary" "
by HanCinema is licensed under a Creative Commons Attribution-Share Alike 3.0 Unported License.
Based on a work from this source