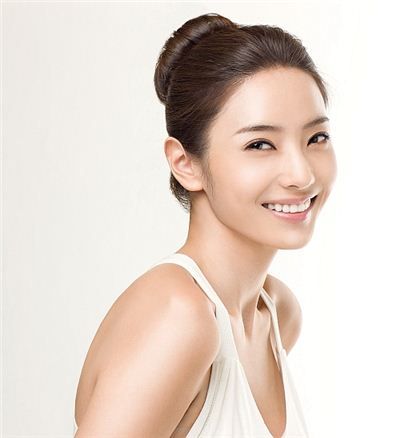 BH made the announcement through a press release, explaining that its overseas networks and previous experience in successfully launching actor Lee Byung-hun's career in the United States, contributed to reaching the agreement.

Han's ability to speak fluent English, and her Asian facial features combined with a western physique, have been considered factors that would make it favorable for her to expand her career to the U.S. as well.

Born Kim Ji-young, the 29-year-old actress grew up in the suburb of Chicago and was reportedly discovered by a famed Korean comedian during her visit to Korea.

She made her acting debut in 2000 through horror film "The Record" and shot to stardom throughout Asia with the success of TV series "Sassy Girl, Chun-hyang" (KBS2, 2005).

Last year, she made a special guest appearance in the smash hit drama "Boys over Flowers" (KBS2, 2009) and starred in the film "Good Morning President" alongside top Korean actor Jang Dong-gun.

"Han Chae-young signs with U.S. agency CAA"
by HanCinema is licensed under a Creative Commons Attribution-Share Alike 3.0 Unported License.
Based on a work from this source