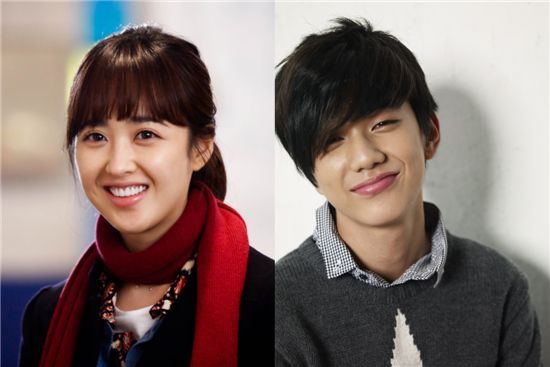 "These two actors are adored by the public because they have solid acting skills and familiarity", explained chairman of CHIFFS Kim Soo-yong. "Their classic looks and modern sensibility fit the image of the film festival".

The Chungmuro International Film Festival, known as one of the biggest international film events in Seoul, introduces the audience to contemporary films based on the theme of 'Discovery, Restoration and Creation'.

"I am honored to be able to work as the publicity ambassador of CHIFFS because Chungmuro is the symbol of films and it represents Korea", Kim was quoted as saying.

Yoo also expressed his gratitude, saying "I am happy just thinking about watching all the good films with the audience. I will work hard to promote the Chungmuro International Film Festival".

Last year, Kim and Yoo were voted two of the top ten child stars who have successfully transitioned into adult actors. Yoo was ranked No.1 in the survey, followed by Kim at No.3.

Kim, 28, made her debut in 1990 in a MBC series special and since starred in numerous dramas and movies. Her most notable roles on the small screen include "Wedding Dress - Drama", "KAIST", "Stranger than Paradise" and "New Heart". She also appeared in movies such as "Kid Cop", "Flying Boys" and "The Scam".

Yoo, 18, rose to fame after his role in the 2002 hit film "The Way Home". He has appeared in a score of dramas and movies including "Queen Seon-deok", "The Legend" and recently in the KBS2 TV series "Master of Study".

CHIFFS will be held in Seoul from September 2 to September 10.

"Kim Min-jung, Yoo Seung-ho to promote Chungmuro film fest"
by HanCinema is licensed under a Creative Commons Attribution-Share Alike 3.0 Unported License.
Based on a work from this source