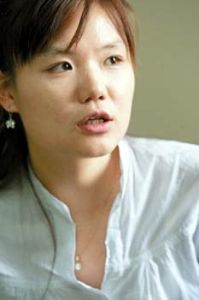 
In 2000, Kwon Woo-jeong graduated from the VJ school at the Citizens Coalition of Democratic Media made "3츠 of Freedom", "We fight for Our Own Rights". In the same year co-directed the documentary "Discovering the Cultural Artifacts of Kyoung-gi" commissioned by the Kyoung-gi Cultural Foundation. In 2001 co-directed "After the Special Law on Agricultural Income Families Debt, the Way to Survival for Our Agriculture" which was broadcasted on KBS Open Channel. Kwon directed the Korean Anglican Churchs "Giving is Hope, and The Age of the Open Agricultural Market, the 2001 Report" (2003) which was shown at a Docu-In special showing as well as the Suwon Human Rights Film Festival.