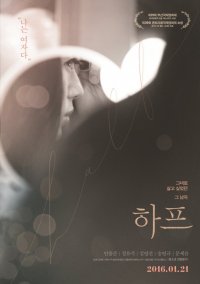 Synopsis
Working at a transgender bar, Min-a is a female with male genitals. When her colleague is assaulted by a male customer, she steps in to help, only to accidentally kill the assaulter. At the court, Min-a insists that she had no choice  she had to protect her colleague - but the situation is not favorable to her. Taking advantage of her sexual identity, the prosecutor drives the case as if the murder were a result out of jealousy, and Min-as own lawyer does not pay attention to her situation. Not until Min-a is placed in a mens jail and is seized with terror do the human rights issues for transgender people emerge. Min-a is finally transferred to a prison for females, but still she suffers from misunderstanding. Presenting the transgender human rights issues as a court drama, this film tries to correct the myriad misunderstandings toward transgender people. Director Kim Se-yeon made this film based on a true story about a transgender person jailed with male inmates. This is also a court drama that embraces the conventional styles rather than new techniques. (NAM Dong-chul)

View all 25 pictures for "Half"

Half | Videos | Suggest a video

Half | Links | Suggest a link