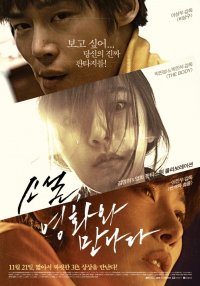 Synopsis
Woo-hyeon is a youth in his 20s who wander around the Sinchon model area with no particular job and his girlfriend sells herself for a living. Woo-hyeon feels interest in his girlfriend's private area with a tattoo of an arrow and calls it the 'exit'. Then one day, she is abused by a client because of the 'exit'.

Mi-jeong, the head of department of an acting academy, feels the desire to urine everytime she looks at her watch. She got this queer symptom when she was struck by lightning when she was young. One day she comes across a group called Adad which is full of people who have been struck by lightning. The members all have a story of their own and Mi-jeong doesn't get along with them well. Then one day, leader of the team Dong-gyu suggests they leave on a lightning exploration adventure.