"The Housemaid" sweeps up six deals at Cannes 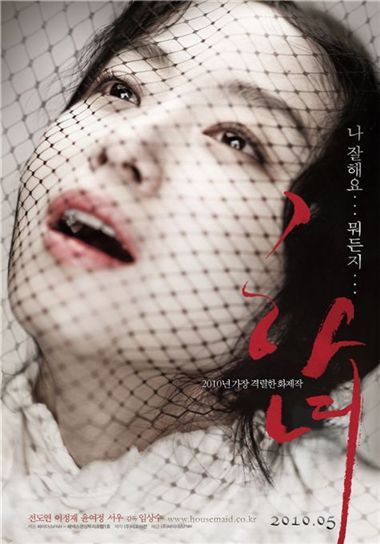 Korean film "The Housemaid - 2010" has racked up a string of deals at the ongoing Cannes Film Market, selling to six countries at the event held concurrently with the Cannes Film Festival.

A report by film magazine Screen International on Tuesday said Mirovision, the producer and sales agent for "The Housemaid - 2010", sold its Italian rights to Fandango and Australian rights to Madman Entertainment.

Also, AMA Film picked up "The Housemaid - 2010" in Greece, Edko Films in Hong Kong, Festive Films in Singapore and M Pictures in Thailand.

The movie had been pre-sold to Pretty Pictures for France in March, ahead of the opening of the film market.

The film, about a young maid who comes to work for a wealthy couple and starts having an affair with the husband, saw the biggest opening for a local film so far this year and has attracted over one million admissions in just six days of its release on May 13.

""The Housemaid" sweeps up six deals at Cannes"
by HanCinema is licensed under a Creative Commons Attribution-Share Alike 3.0 Unported License.
Based on a work from this source