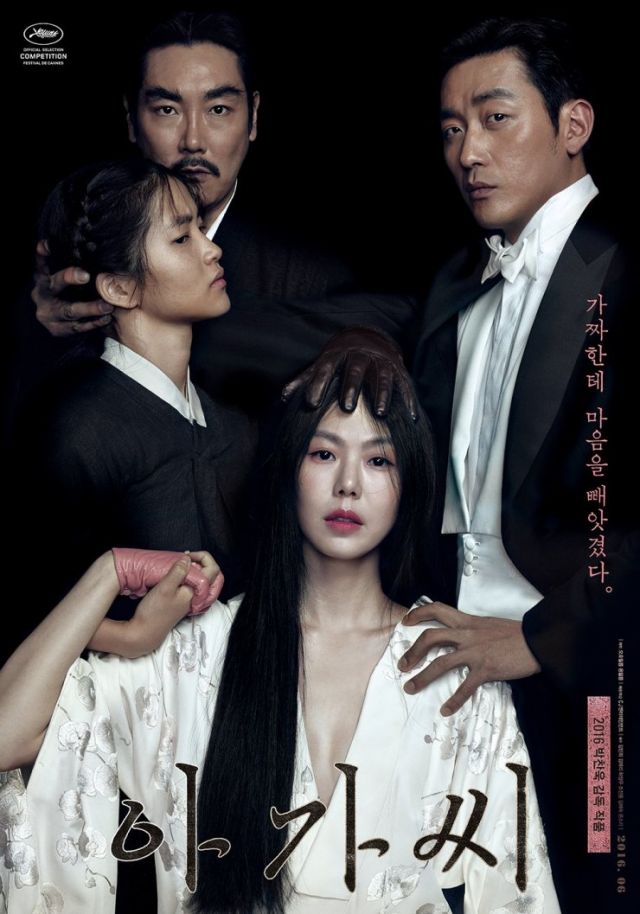 Park Chan-wook's latest film, "The Handmaiden", starring Kim Min-hee, Kim Tae-ri, and Ha Jung-woo, was officially released last Wednesday and dislodged Marvel's "X-Men: Apocalypse" at the top of the pile. Last weekend the latest "X-Men" film entered the chart and occupied first place with 1.1 million admissions going its way (51%). Park's much-anticipated thriller, however, shot to the top in its first weekend out by capturing 47% of the box office pie. From 1,167 screens, and fresh after its successful run at the Cannes Film Festival, where it received favourable reviews from critics and filmgoers alike, "The Handmaiden" attracted 1.2 million admissions to top the chart during its first weekend out on home soil.

"The Handmaiden"'s success meant that last weekend's number one, "X-Men: Apocalypse", slipped to second place during its second week out with the 531 thousand admissions (20%) it was able to secure. Worldwide, Marvel's mutants have struggled to maintain dominance and lost valuable momentum during its second week. Still, the film has already grossed $402.5 million, $17.5 million of which (2.4 million admissions) came from South Korea alone.

Na Jong-jin's "The Wailing" starring Kwak Do-won, Hwang Jung-min, Jun Kunimura and Chun Woo-hee occupied third place by adding 375 thousand admissions (13.7%), so moving its total tally now to 6.2 million ($43 million). Thea Sharrock's romantic drama "Me Before You" (based on Jojo Moyes novel of the same name) was one of four new arrivals to crack a top ten finish. From the allocated 476 screens, "Me Before You" attracted the attention of 178 thousand filmgoers to score 6.5% of the sale during its first weekend out.

Last weekend's number three, "The Angry Birds Movie", fell two places to find itself in fifth place with 94 thousand (3%), bringing its bottom line in Korea to $3.6 million (556 thousand admissions). As was the case last weekend, the Irish musical comedy "Sing Street" by John Carney remained just behind "Angry Birds" and added another 59.7 thousand stubs (2.2%) for a new total of 464 thousand ($3.1 million). Not far behind Carney's comedy entered the third installment of the local anthology of short stories, "Horror Stories 3", which contains four short films directed by Baek Seung-bin, Kim Gok, Kim Sun, and Min Gyoo-dong, respectively. The omnibus film was given 316 screens nationwide and attracted 45.4 thousand filmgoers (1.6%) to settle in seventh.

The Taiwanese romance "Our Times" by Frankie Chen slipped two places to eighth with 30.3 thousand (1%), followed closely by the American-Canadian psychological horror, "The Boy". William Brent Bell's "The Boy" was released in America back in January this year, and having finally arrived in Korea, the film banked $197 thousand (28.7 thousand admissions) during its first weekend. Lastly, Director Chang's drama "Canola", starring Youn Yuh-jung and Kim Go-eun, occupied the final place in the top ten by capturing just a percent of the total sales (25.1 thousand admissions). "Canola" entered the charts three weeks ago where it entered in fourth. The next weekend (May 27-29), the film slipped to fifth with 80 thousand stubs (3.1%), and with this weekend's tally, Director Chang's film has banked a total of $2.8 million (448 thousand admissions).