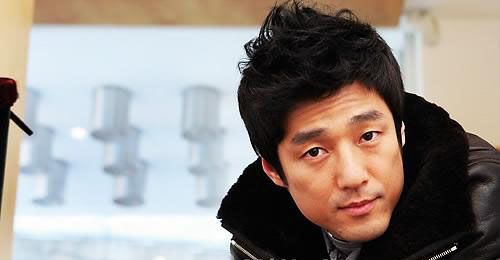 In the beginning of the new film "Parallel Life", the image of character Kim Suk-hyun, who is the youngest chief prosecuting attorney in Korea, is fairly similar to actor Ji-Jin-hee's when it comes to integrity. On the one hand, Kim is a hard-headed attorney who absolutely believes in his judgments based on the available evidence, but on the other hand, he is an attentive and loving father when he spends time with his family.

Ji has given viewers the impression of gentleness and integrity principally through the character Min Jung-ho in the drama "Dae Jang Geum", and as an exclusive model for a bank advertisement, though he has played diverse characters, including funny and charismatic ones, in TV dramas and movies up to now.

However, in contrast to his previous images, Ji talked brightly and honestly about his opinions and feelings in an interview immediately preceding the premiere of the movie Theory of Parallels. Ji shared some snacks, which he had brought himself, with a reporter, and showed off his belongings--including pens, a notebook, hands sanitizer, vitamins, and apple cider--inside his heavy leather bag when the reporter queried him about the contents of the bag.

Ji said, "I am a quick talker as well as a quick worker". He added that people think he is a reliable person due to his image presented in dramas. Ji said he is a person who judges situations flatly and objectively based on rational thought rather than emotion.

Ji said that he watches his movies objectively as well. When the reporter asked him about his impression of his new movie, Ji said, "I like the tension of the movie. Some people say some parts of the movie are difficult to understand, but they can be fully understood upon reflection. I think I did my best in my acting while I was shooting the film. Meanwhile, I would probably do better if I had a chance to act the role again". 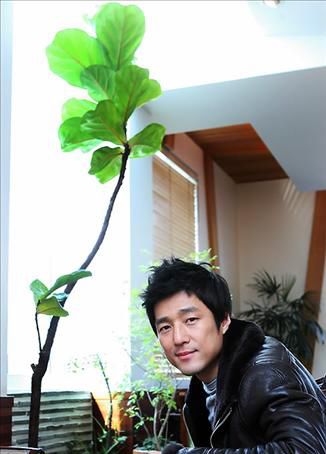 In his latest movie, the prosecuting attorney Kim came to believe in the "Parallel Life" when he found out that he has been living an identical life as another person in the past, after his wife was cruelly murdered. In the movie, current events are considerably related to the past according to the "Parallel Life", and dramatic reversals are repeatedly shown.

Ji showcased the comic role of a picky vegetarian bachelor in his latest drama "He Who Can't Marry". However, Ji has not always portrayed gentle and kind-hearted characters. He also has played different characters such as a bully instructor in "Bewitching Attraction" and political activist in "The Old Garden".

Ji said, "The movies such as the thriller "H", 'Bewitching Attraction', 'The Old Garden', and "Soo" were not popular. Actually, those films were for people who highly regarded cinematic quality over popularity. Korean movie industry officials value box-office numbers above everything else. I think diverse movies should be provided to people who have different tastes".

Park Sung-hye, who was a manager of Kim Hye-soo and Jeon Do-yeon and a director of the major management agency Sidus HQ, mentioned Ji's debut in his recent book. According to the book, Park consistently urged Ji, who was working at an advertising agency at the time, to become an actor over the course of a year. 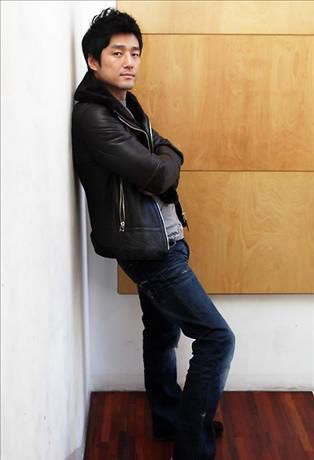 Ji said, "I kept telling him ‘No' because I was not interested in the job at that time. I thought I did not have any talent as an actor. In addition, I liked my job at the advertising agency, which was taking photographs".

However, Ji decided to become an actor with the onset of the IMF economic crisis. At that time, the company had to reduce its number of staff members because it suffered serious financial problems, like many other companies. Ji said, "I thought I would return to my previous job a year after I began my acting career".

He added, "I have never regretted my life as an actor. I don't regret a thing once I went that route, even though I dwelled on my concerns before I made the decision. To maintain my happiness, I usually stop doing something if I regret it".

"Ji Jin-hee: 'I Don't Regret a Thing'"
by HanCinema is licensed under a Creative Commons Attribution-Share Alike 3.0 Unported License.
Based on a work from this source