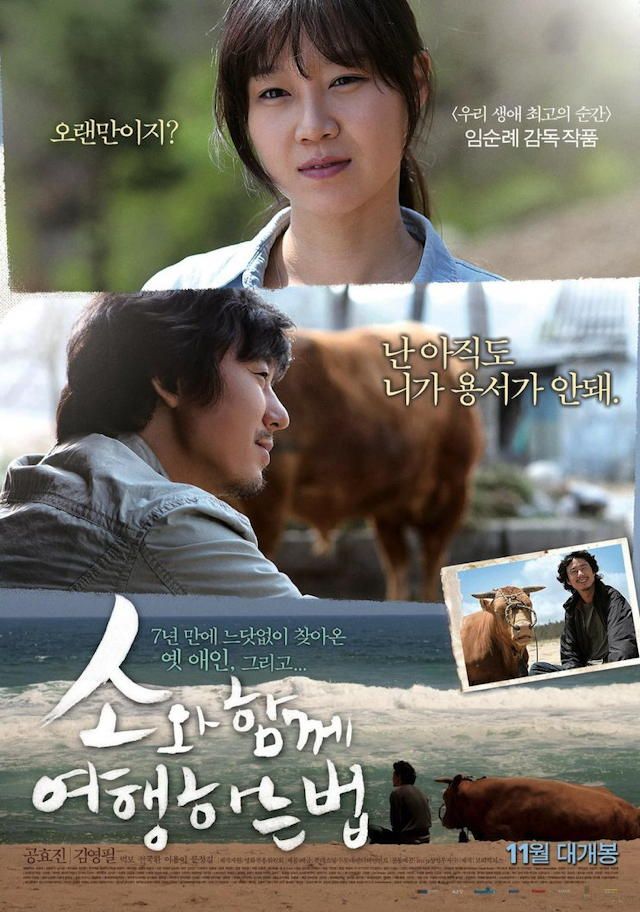 Korean movies released today in Korea "Rolling Home with a Bull", "No Doubt", "Love on the Debt", "The Boy from Ipanema" and "Our Happy Ending"

Synopsis
Formerly known as "How to Travel with a Cow"
A bachelor poet lives in a remote area of Kang-won province. He goes to sell a cow but the price is too low. He gets a call from his former lover, who married his friend seven years ago. His friend has died, and she asks him to come to the funeral. He goes to the funeral with the cow. The man, the girl, and the cow leave on a journey.

The film is based on the original novel by Korean author Kim Doyeon. Despite his father's objections, an old bachelor and poet takes his cow to a cattle market. He fails to sell his cow and starts a journey to visit cattle markets across the country. On the road, he hears the news of a friend's death. His Dead Friend and the dead man's widow used to be his best friends. So he and his cow continue their journey with the widow.
The cow, which is a vital Buddhist symbol, represents a life of seeking the truth. In the film, the cow embodies friend, wife, karma, and even an image of Buddha. As life has its ups and downs, the main character is locked up at a police station overnight after his father reports him as a thief. The journey with a cow illustrates a life in search of the truth, and director Lim succeeded in describing an attractive life in her relaxed touch. (Lee Sang-yong) 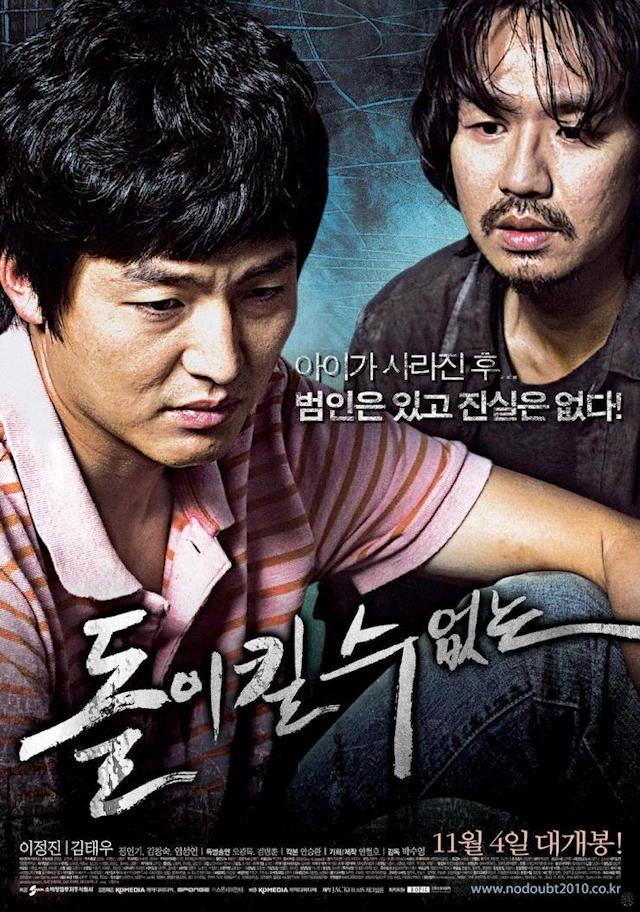 Synopsis
A family moves into the suburbs of Gyunggi-do. A while later a girl named Mi-rim goes missing and chaos takes over the village. Mi-rim's father searches for his daughter and while visiting the police station he stumbles upon a criminal record from one of the family members that just moved. Mi-rim's father and the villagers threaten and pacify Sejin and his family.
The film follows the genre conventions of a thriller yet it also contains people's prejudices and oppression. Sejin's past record as a convict rids him of his individuality and his sister is on the brink of losing her job as a kindergarten teacher. The film questions what is true violence. The result, violence does not just include person to person, but can be silent brought on by a community that leads to a sacrifice of an individual. Such is the typical mechanism, murdering individuality through the violence of a group. (Lee Sang-yong) 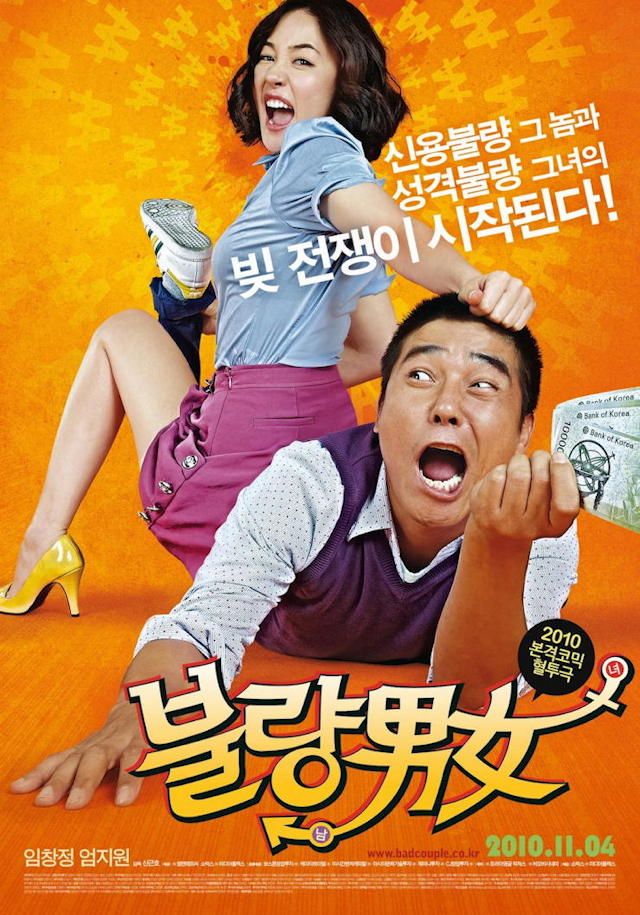 Synopsis
Also known as "Bad Man and Woman"
A comedy movie that tells the story of a criminal detective with bad credit and a bond company worker who argue and eventually fall in love. 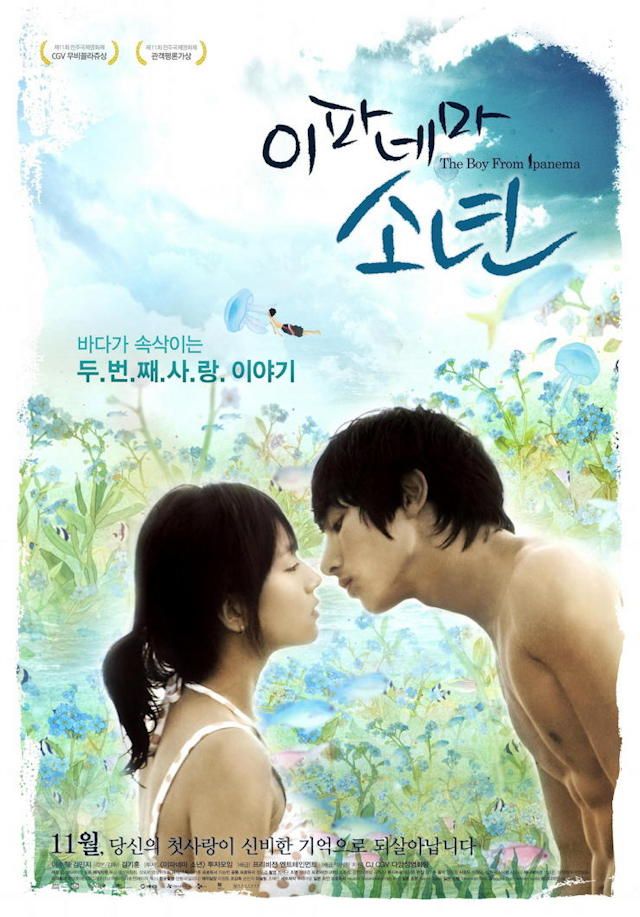 "The Boy from Ipanema" is a co-production between South Korea and Japan
Synopsis
A boy, who surfs every day, meets a broken hearted girl on the beach. The girl tries to forget her past while the boy suffers because an old memory of his past love is fading away. As time flows, the two fall in love with each other, but being bound to their past, they are both insecure. The film is a melodrama that shows the pure love of the two as well as the heartbreak of a breakup. The animation, Busan and Sapporo's beautiful scenery brings up memories of the past. 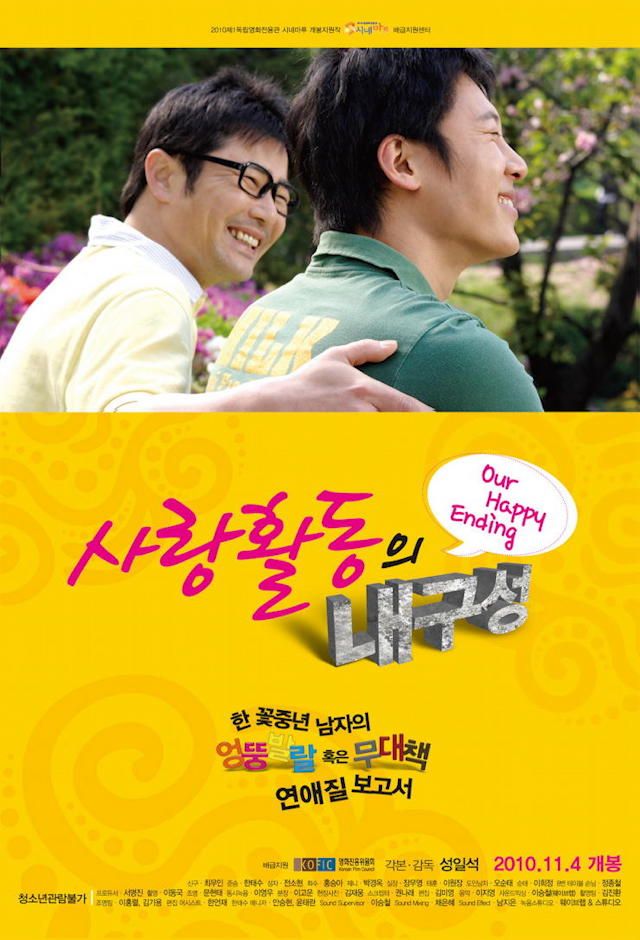 Synopsis
Sin-goo is the owner of a car bar near Daehak-ro. His 40 years of life exist without sex because he is always so busy, but he lives on a joy of making money. Joon-seung is a 20 year-old guy who recently got together with his birth mom; even though he was hard to say 'Mom' to her mother, he really wants to help her out by making some money.
Joon-seung happened to work for Sin-goo as kitchen porter. Joon-Seung fell for Sin-goo who he felt he was like a thoughtful brother, and Sin-goo also fell for Joon-seung. One day, they spend the night together due to Sin-goo's heavy drinking; Sin-goo also has relationship with his alumna, Seong-ja. He blames everything on an alcohol. But later on, the relationship between Sin-goo and Joon-seung gets more and more serious. On the other hand, Seong-ja thinks Sin-goo as her real lover, while Sin-goo is dazed by the fact that Seong-ja and Joon-seung are mother and son.
Pretty middle aged guy Sin-goo gets blind love from both Seong-ja and Joon-Seung. Will his confused sexuality and loves of his lifetime end happily?