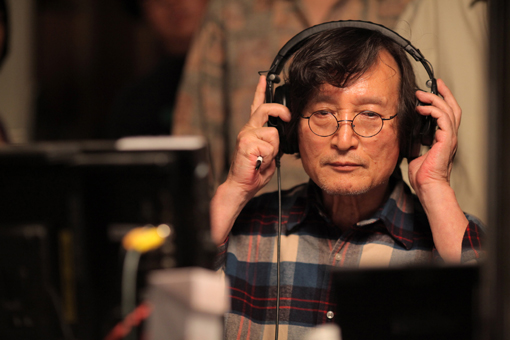 From Monday, August 5th though Sunday, 11th, The Korea Society and MoMA (The Museum of Modern Art) co-presents 'Focus on Korea' as part of 'ContemporAsian' film series which presents many contemporary Asian films from pan-Asian countries. The series selects critically lauded Korean films, highlighting current social issues, injustice and human nature. The films maximize distinctive narrative skills from some of Korea's insightful and penetrative renegade filmmakers. Three directors will be presented: Dir. Chung Ji-young ("National Security"), Dir. Lee Ji-seung ("Azooma") and Dir. Jeon Soo-il ("El Condor Pasa"). "National Security" (New York premier) garnered acclaim by The Hollywood Reporter as 'one such picture from South Korea, an entirely sincere and dignified effort by Chung Ji-young'. Screen Daily commented that 'El Condor Pasa' (New York Premier) is a compelling addition to Jeon Soo-il's body of work' noting that the film 'mirrors the Themes of religion, grief and forgiveness found in Lee Chang-dong's "Secret Sunshine" (2007)'. Director Lee's "Azooma" had accolades from Beyond Hollywood, ""Azooma" is certainly a very angry film, though justifiably so, and it's all the more powerful for the fact that it's very well made'.

On August 8th, The Korea Society and New York film Academy co- present and arrange 'Press Conference' with invited three guests from Korea and we would like to you to the open discussion.

Dir. Chung Ji-young was born in 1946. He honed his directing skills by working as an assistant director to filmmaker Kim Soo-yong. Chung's first feature debut was an erotic mystery, The Mist Whispers Like a Woman. His early films were mostly melodramas and thrillers, but after the late 1980s, he moved on to more politically-charged films. His most well-known films are "North Korean Partisan in South Korea" (1990), "White Badge" (1992), "Life and Death of the Hollywood Kid" (1994), "Unbowed" (2012) and "National Security" (2012). He is also known as a representative activist director in Korean film industry by leading fellow filmmakers and actors on issues such as screen quota system, and abolishment of the pre-censorship system .

Dir. Lee Ji-seung was born in 1969. His father owns a film production company, Taehung Pictures, which is famous for Im Kwon-taek's "Seopyeonje", and 'Chihwaseon'. After graduating from the Department of Theatre and Cinema of Hanyang University, Lee completed his MA in Cinema Studies at New York University. "Azooma" is his first film as a director.

Dir. Jeon Soo-il was born in 1959. Director Jeon Soo-il spent his youth in theological school, but graduate Kyungsung University in Busan majoring Theatre & Film. Jeon continued his studying in film direction at Ecole Supérieure de Réalisation Audiovisuelle (E.S.R.A) in France, and completed his master and doctorate degrees in Film Science at the Paris Diderot University in Paris, France. Back in Korea, he made an independent film organization 'Dongnyuk' based in Busan.

"[New York] Press Conference with Korean directors"
by HanCinema is licensed under a Creative Commons Attribution-Share Alike 3.0 Unported License.
Based on a work from this source